1,000 National Guard Soldiers to Deploy to Africa as Mid East Wars Wind Down 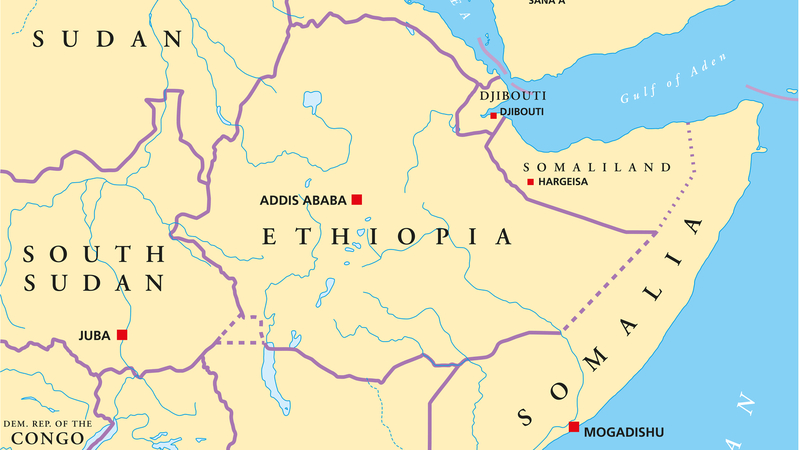 The Virginia and Kentucky National Guard are deploying 1,000 troops to the horn of Africa amid a continuing shift in U.S. war efforts away from the Middle East.

On Saturday, 800 Virginia and 200 Kentucky Guardsmen shipped off for about a month of pre-deployment training at Fort Bliss, Texas. The soldiers recently wrapped up three weeks of training at Fort Pickett, Va, according to a Guard spokesperson. The soldiers are expected to be sent to unspecified countries in Africa in early 2022.

It is unclear if the 1,000 Guardsmen is an increase in the Pentagon’s force in Africa, or if those troops are replacing others currently deployed. The U.S. has been increasingly operating in countries like Somalia and Niger as the wars in Afghanistan and Iraq have drawn down.

There are some 6,000 American troops, Defense Department civilians and contractors across Africa, an Army spokesperson told Military.com. About 3,400 of those people operate from Camp Lemonnier in Djibouti, which serves as the major hub for the U.S. military on the continent.

China is also eyeing Africa to establish overseas military bases. In 2017, it built its first base in the region in Doraleh, Djibouti, not far from where U.S. forces are stationed.

The Pentagon just finished a global review of forces including those deployed to Africa. A senior defense official said Monday that potential changes to the military’s footprint on the continent are in the pipeline and could be rolled out over the next 2-3 years, but no drawdown or shifts have been announced yet, despite a similar review by the previous administration and former Defense Secretary Mark Esper.

President Joe Biden in Sept. declared that the U.S. “for the first time in 20 years” is “not at war” in a speech to the United Nations. But in a June letter to Congress the Biden administration listed 10 regions and countries including several on the African continent in which troops are still engaged in combat operations against various militant groups.

About a month before that speech, an American drone targeted al-Shabab fighters who were engaged with friendly Somali troops. It is unclear how many militants and/or civilians were killed.

That strike was one of many in Africa, highlighting a campaign in the War on Terror which has stayed relatively quiet amid two decades of Middle East conflicts. Data from the Bureau of Investigative Journalism — a nonprofit organization based in London — estimates that since 2007 there have been 200 drone strikes in Somalia, killing between 1,197 and 1,410 people.

Beyond airstrikes, ground troops have been routinely engaged by militants. In 2017 militants associated with the Islamic State group ambushed a small element of Green Berets working with Nigerian soldiers in Niger. Four U.S. soldiers were killed, marking the deadliest day in Africa since the 1993 “Black Hawk Down” incident in Somalia where 19 troops died, and 73 were wounded.

In Sept. 2019, New Jersey National Guard soldiers with the 102nd Cavalry Regiment fended off a complex assault from al-Shabaab militants in Somalia which included gunmen and suicide bombers, according to reporting from Connecting Vets. At least 10 militants were killed.

Virginia and Kentucky’s mission will be to provide security at various forward operating bases across the horn of Africa and to “improve safety and stability in the region,” according to a Guard press release.

The units fall under the 29th Infantry Division, and the upcoming mission will mark the largest activation for the division since World War II when its troops numbered among the first wave landing at Omaha Beach for the invasion of Nazi-occupied France.

The mission comes at one of the busiest times in the Guard’s history with non-stop domestic activations as the force juggles its overseas missions. As of Monday, there are nearly 27,480 guardsmen overseas, including in the Middle East and Europe, according to data from the National Guard Bureau. In the U.S. 11,480 are activated in support of pandemic-related missions and more than 340 troops are supporting wildfire response efforts in California and Colorado.