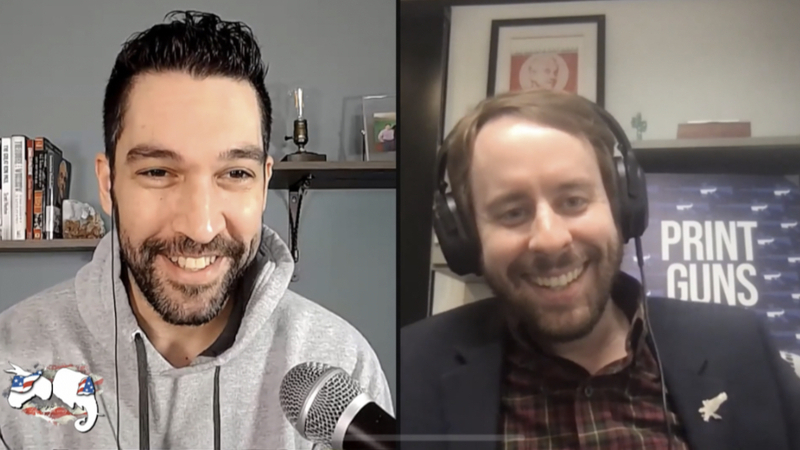 On episode 708 of Part of the Problem, a libertarian podcast hosted by comedian Dave Smith, he and former State Senator Eric Brakey of Maine discuss new initiatives being championed at the state level, including “Defend the Guard.” This legislation would prohibit a state’s National Guard units from being deployed into active combat overseas without a formal declaration of war by the U.S. Congress.

“This is a long-term strategy, it’s an idea that’s still in its infancy. But I think it’s come a long way. And as we continue pushing, I think that frankly going after the state legislatures is a much more productive use of our energy and our financial resources than going after Congress,” explained Brakey. “We can pass things like the Defend the Guard Act, and say we’re not sending our National Guard into a third decade of war in Afghanistan unless Congress actually declares war and makes it official.”

“I really like the ‘Defend the Guard’ stuff, I think that’s got a lot of potential to it. If nothing else than to really realize that there are these other weapons that can be used,” Smith responded.