A Fat, Comfortable Military Is a “Woke” Military 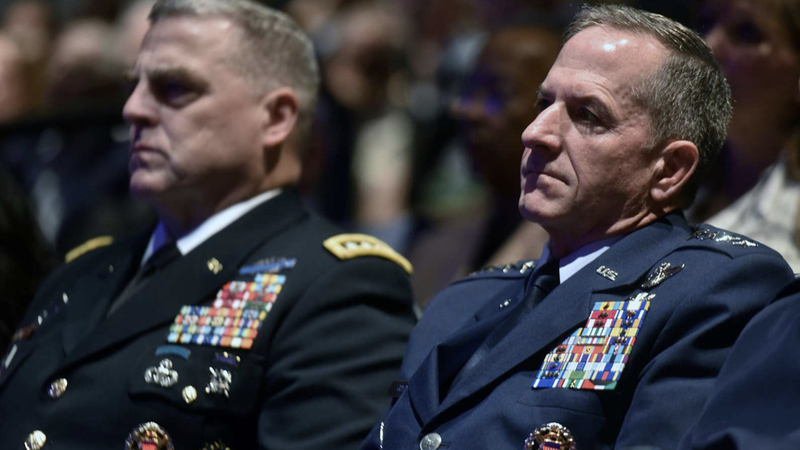 Over the past decade federal military and intelligence agencies have increasingly embraced so-called woke campaigns and policy positions. Specifically, these government agencies have taken explicitly ideological positions in promoting “pride month” and more recruitment of larger numbers of gay and transgender personnel explicitly for purposes of increasing “diversity.” Actual military concerns appear to be receding into the background even as the U.S. military establishment has recently lost yet another war and blown trillions of taxpayer dollars.

For example, as early as 2014, the CIA was bragging that it “has participated in the DC Capital Pride Festival for the past three years…and is active in advancing LGBT diversity and inclusion efforts throughout the Intelligence Community.” More recently, the CIA in May 2021 released a series of recruitment videos clearly focused on recruiting personnel which would allow the agency to check certain diversity boxes.

Also, in May of this year, the U.S. Army released a recruitment video celebrating a lesbian wedding and a pride march. In November, the navy launched the USNS Harvey Milk, named after the famed gay rights activist and icon.

For more astute observers of government institutions, of course, none of this will be surprising. Military and intelligence agencies are fundamentally nothing more than tax-funded bureaucratic agencies, and as such are political organizations. They will identify which way the political winds are blowing in Washington and then pander to the groups most likely to increase their budgets and privileges.

The latest effort at “woke” politics is simply public relations designed to maximize budgets and increase influence. Moreover, because the U.S. military establishment so rarely faces any real political scrutiny or fiscal discipline, it need not concern itself with efficiency or serving customers, as a private firm must. Instead, military and intelligence bureaucracies are free to spend time on political and ideological concerns instead.

Interestingly, it has been the Left that has offered the most insightful criticism of the drive for embracing diversity in Langley and at the Pentagon.

Glenn Greenwald, for instance, identified the CIA diversity drive for what it is: a cynical ploy designed to appeal to a corporate center-left elite that fancies itself the defender of “tolerance” while it bombs children with drones. Similarly, Alan Macleod scoffs about Pentagon claims that LGBT women are “’shattering stereotypes’ by joining the world’s largest killing machine.”

When it comes to the military, at least some elements on the left knows a con when they see one.
On the right, the preferred critique centers on whether or not the woke PR campaign has anything to do with providing military defense services. For example, Robert Berg at National Review writes that the new emphasis on diversity is pursued “at the cost of mission readiness.” That’s true in the sense that the woke campaigns contribute nothing to securing the lives and property of the taxpayers. But none of the Right’s milquetoast protests will amount to any meaningful reform because the Right is never willing to use the Congress’s number one tool for reining in the Pentagon and the intelligence agencies: the federal budget.

Yes, the Heritage Foundation may whine on occasion about Pride Month at the Pentagon, but we all know that in the end, the Heritage Foundation will call loudly for ever-larger budgets for the U.S.’ military establishment, no matter what. They may even use their alleged outrage about wokeness to push the lie that the Pentagon endured “damaging cuts” during the Obama years.

So, by pushing wokeism, the Pentagon and the CIA win either way. The conservatives will never actually endanger the military and intelligence budgets, and the Left will embrace the new “tolerant” military-industrial complex all the more.

This, however, is exactly what we should expect from military defense agencies that are inherently more concerned with political goals than geostrategic ones.

Because military spending is allocated politically rather than through the marketplace—there really is no way to calculate the value provided by military forces. When market demand plays so little of a role in the allocation of resources, “value” becomes a function of the ability of military personnel to cater to the whims of policymakers who make budget decisions.

In his essay “Secession and the Production of Defense,” Jörg Guido Hülsmann explains how in a functional marketplace the people paying the bills—i.e., the taxpayers—are able to guide the allocation of resources in the market through the use of their dollars. This is apparent in all relatively free markets like real estate, insurance, or shoes. In military and intelligence “markets,” on the other hand, the money extracted from the end user—“the people”—is used by policymakers for political purposes. So, the real “clients” of military and intelligence bureaucrats are politicians, not taxpayers. Hülsmann writes:

“The possibility to ignore the needs of the consumers gives the producers [i.e., the Pentagon and the CIA] the opportunity to produce goods that only they consider important.”

“Freed from the need to serve consumers as efficiently as possible, the producers of defense services now have a bigger margin for wasteful behavior…The effects of compulsory funding are similarly devastating. It reduces the necessity for the military agencies to satisfy customer needs. As a consequence, as we have seen, the various military executives can start satisfying their own needs, both in respect to the services they produce and in respect to the selection of personnel.”

The end result is that military and intelligence personnel seek out “experts” who are really just experts in having the correct opinions:

“Moreover, rather than hiring the most capable personnel, they start hiring the fellows who know the best jokes, or the children of their schoolmates, or people who share their political, sexual, religious, and other preferences. Or they might hire particularly ruthless individuals, who despise common morality. Also, rather than organizing the defense units in the most militarily efficient way, they acquiesce to other considerations. For example, the recent admission to the U.S. military of females and homosexual males does not seem to be based on military, but political, expediency.”

What is the answer to this?

The first of course, would be to restore some fiscal discipline at the federal level. Washington’s knee-jerk habit of relentlessly increasing military and intelligence budgets must end. For example, when the CIA (and also the FBI, among others) failed spectacularly on 9/11, the Pentagon and intelligence agencies received only more power and larger budgets. In Afghanistan, after twenty years of Pentagon generals insisting that victory was right around the corner, they face no blowback. There is absolutely no incentive for these bureaucratic agencies to actually improve their wasteful use of resources.

At a bare minimum, federal military spending ought to be cut by $1 trillion (in 2022 dollars) over ten years, as recently contemplated by the Congressional Budget Office. But more radical changes must be pursued as well.

As Angelo Codevilla has shown, the CIA is a dysfunctional and partisan organization, incapable of achieving its stated goals. Codevilla concludes: “[A]s regards strategic intelligence, CIA is usually worse than useless.” The CIA is actually an impediment to the effective use and sharing of intelligence information. It should simply be abolished.

As far as the Pentagon goes, one key move to reining in federal power, waste, and social policy antics is decentralizing military power. A first step in this direction is winning the passage of the “Defend the Guard” legislation now being contemplated in numerous state legislatures. This movement restores to state governments some control over the use of the National Guard, providing a limited veto on deployments and federal military adventurism. Yet far more power must be shifted toward American decisionmakers—both public and private—outside Washington, DC, and closer to the taxpayers if the U.S.’ military establishment is to face any real accountability. Otherwise, the usual tiny number of reliable Washington insiders will ensure the Pentagon and the intelligence “community” remains fat, comfortable, and insulated from any public discontent. In itself, the military move to wokeness is actually a minor affair, and only one example of how little the military does that is critical to military defense. Rather, the woke movement is part of the larger problem of a military that is overfunded and thus disconnected from all fiscal discipline and what might be loosely termed “customer service.”