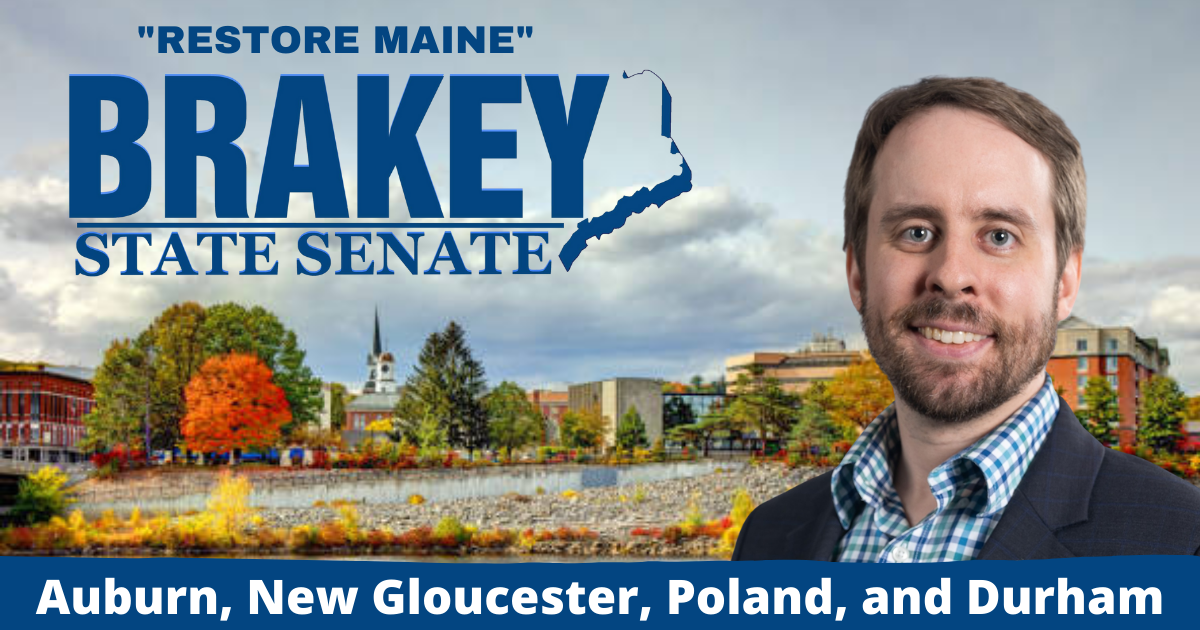 Eric Brakey is a candidate for the 20th District of the Maine State Senate, a seat he previously held from 2014 to 2018. He has served as Senior Spokesman of Young Americans for Liberty and was the Republican nominee for U.S. Senate in 2018.

In this clip from a debate between Brakey and his Democratic opponent Bettyann Sheats, the candidates are asked by a constituent, “Looking back at your previous time in the state legislature, what would be a priority this time around that maybe wasn’t as clearly on your radar before?”

Brakey responds, “I’d like to sponsor a bill I think it’s time for. It’s a bill called Defend the Guard. And it is a recognition that over the last 20 years of wars in the Middle East that Congress has not declared and has not given a clear mission to our soldiers, that on the state level we have a special obligation to the members of our National Guard, to hold Congress accountable and make sure they go on record for sending our troops over into these wars. We have a special obligation to our Maine National Guardsmen. Under the U.S. Constitution, the federal government can call up the National Guard under three circumstances: to suppress insurrection, to repel invasion, or enforce the laws of the union. But when you look at these wars in the Middle East that have gone on for near 20 years, including wars like Syria where there hasn’t even been a congressional AUMF, our National Guardsmen across the country account for about half of all active-duty soldiers over there. And Congress doesn’t want to vote for the wars because the wars are unpopular, and so they’d risk losing their reelections. And they don’t want to upset their donors who are making a lot of money on these wars. And so I think that in the state legislature we need to say if you want to take our Maine National Guardsmen away from being here in Maine ready for emergencies that might visit our state, then Congress has to vote to authorize the wars. So that’s something that was, the issue was on my radar back then, but this particular vehicle to stand up for our active-duty troops in the Maine National Guard is not something that was on my radar at the time. But there is a movement across the country, particularly led by combat veterans of the wars of the last 20 years to bring this legislation up in the states across the country.”

You can watch the full clip below.