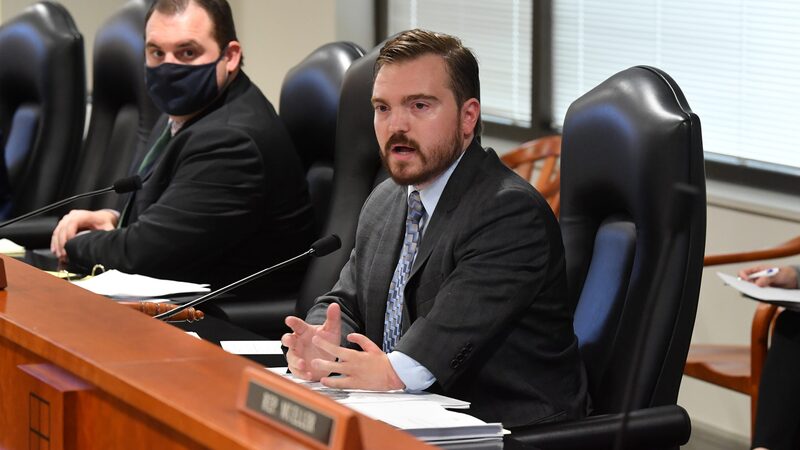 This article was originally issued by BringOurTroopsHome.US as a press release on March 17, 2021. You can watch the full committee hearing here.

Today BringOurTroopsHome.US, a veterans advocacy organization composed of former soldiers of the Global War on Terror and their civilian allies, praised Rep. Steve Johnson (R-Wayland) for presenting “Defend the Guard” before the House Military, Veterans, and National Security Committee, along with Chairman Beau Matthew LaFave (R-Iron Mountain) for managing a fair, open hearing and discussion.

“I think we do have not just the opportunity, but I think it’s our duty to be involved in these matters,” Rep. Johnson said as he introduced the bill, which would prohibit Michigan National Guard units from deploying into active combat overseas without a declaration of war by the U.S. Congress.

Johnson previously served as a Staff Sergeant in the U.S. Air Force for four years. He introduced the same legislation last year under President Trump, emphasizing that the motivation is not partisanship. “[If] you’re talking a longer term presence in a foreign land for a war, whether we’re going to be for or against that, I think Congress should actually have to vote on it so we know where our elected representatives on the federal level stand on that issue before they send our troops overseas,” he said.

Proud to be one of the legislators at the forefront of the “Defend the Guard” movement, Johnson added about his state, “We always want to lead the way…It’s always good for Michigan to be first.”

The Committee also heard testimony from Sgt. Dan McKnight, founder and Chairman of BringOurTroopsHome.US who served thirteen years in the military and deployed to Afghanistan as an Idaho National Guardsman.

“We feel that if there is something so important that the United States military in general and specifically the National Guard should go and fight these wars overseas, then if it’s so important we should do it the right way. We should have Congress debate and properly declare war as required by the Constitution and the enumerated powers, and ask them to put their name on the line before we put our boots on the ground,” McKnight said.

Also present to testify in favor of “Defend the Guard” was Tony DeMott, President of the Michigan chapter of Campaign for Liberty, and David Dudenhoefer, the 2020 Republican congressional nominee for Michigan’s 13th congressional district.

The only negative testimony came from Fred Schaible, an employee of the Michigan Veteran Affairs Agency. Speaking on behalf of the state adjutant general, Schaible said that their “first and foremost major concern” is that “the National Guard and the military should never be used as a political instrumentality.” We hold that it is a patriotic act, not a political one, to demand that the federal government obey federal law and the U.S. Constitution, which explicitly states in Article I Section 8 that only the legislature has the power “to declare war.”

BringOurTroopsHome.US praises the conduct and professionalism of Committee Chairman Beau Matthew LaFave, whose willingness to hear testimonials from veterans and constitutional advocates on this critical issue is to be commended. His civility is contrasted with his peers in Idaho and Hawaii, Representatives Joe Palmer (R-Meridian) and Takashi Ohno (D-Nuuanu/Liliha/Alewa Heights), who refused to hold hearings on “Defend the Guard” bills in their own committees.