Middle East to Middle America: How YAL Legislator Ben Adams Went from the Marines to the State House 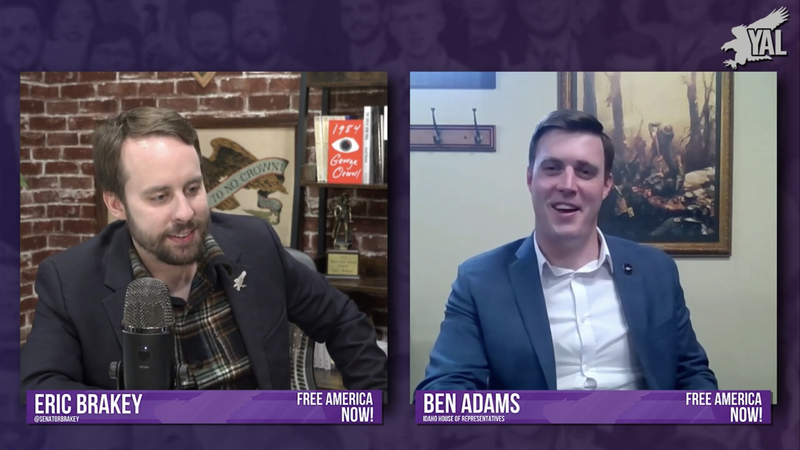 Senior Spokesman for Young Americans for Liberty Eric Brakey interviewed Idaho State Rep. Ben Adams on his podcast “Free America Now” about Adams’ military record, entry into politics, and his support for the “Defend the Guard” movement. You can watch the entire interview here.

Eric Brakey previously served as a state senator in Maine from 2014 to 2018, and has been a longtime supporter of the “Defend the Guard” movement. He has testified at the request of Bring Our Troops Home in a committee hearing for “Defend the Guard” in Maine.

Ben Adams is a retired U.S. Marine who served two tours of duty in Afghanistan. In 2020 he was elected to the Idaho House of Representatives, and has been the primary sponsor of “Defend the Guard” legislation in the state.