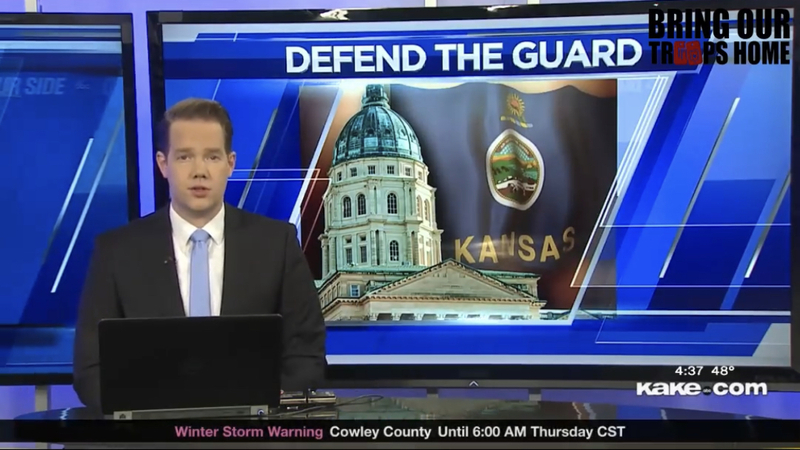 A bill that would prevent Kansas National Guardsmen from being called into active duty combat situations unless a federal declaration of war is issued faced push back at a Kansas Senate hearing today.

The bill was discussed in the Kansas Senate’s State and Federal affairs committee.

The bill is part of a national push by a group called ‘Defend the Guard’ and supporters of the bill say this is a way to push back against unchecked federal military activity. Sgt. Dan McKnight, with ‘Defend the Guard’ says guardsman have been “repeatedly deployed to the global war on terror in Africa, the Middle East, now we’re seeing the Florida and Georgia National Guard’s in Ukraine, Taiwan.”

However, those with the Adjutant General Department say the bill could have unintentional consequences. Maj. Kari Beth Neuhold with the department told Senators, “if passed, this legislation could signal to the Pentagon and to the Department of Defense, an unwillingness to uphold our sworn federal obligation. Without a federal mission, there’s little incentive for the federal government to continue funding the Kansas National Guard.”

The Kansas Guard receives a vast majority of its funding from the Federal Level.

The bill would also exempt guardsmen from any COVID-19 vaccine mandates. However, senators pointed out during the hearing,  it would not protect against any federal mandates as federal law succeeds states.