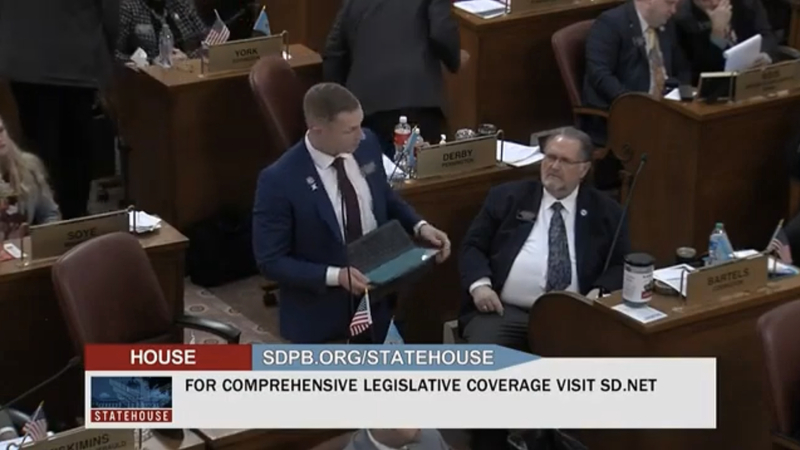 As the world readies for another military conflict in eastern Europe, government officials 5,400 miles from there are urging U.S. President Joe Biden to get Congressional approval before getting involved.

The South Dakota House of Representatives voted 65-2 on Tuesday in support of House Concurrent Resolution 6006, urging that the United States take no action to engage its military in the pending conflict between Russia and Ukraine, or any other foreign war, without a formal declaration of war from Congress.

The vote comes after President Joe Biden on Tuesday said Russia’s actions in Ukraine will trigger massive sanctions, a response he has been threatening for weeks as President Vladimir Putin built up troops on Ukraine’s borders, according to USA Today reporting.

The statement came as Russia recognized two rebel regions of eastern Ukraine as independent on Monday, and Putin ordered troops there to “maintain peace.” Biden described this as the start of an invasion, according to the USA Today article.

“This simply asks the elected people in the federal government to follow their oath to the Constitution when pursuing war, to consult the just war theory when contemplating any foreign intervention, and to bring troops home who are still facing overseas conflict with no end date in site,” said Rep. Aaron Aylward, the Harrisburg Republican behind the resolution. “I see this issue being constitutional, pro-life, economic, and pro-family.”

And while the White House has vowed not to directly engage in the brewing conflict between Russia and Ukraine, the U.S. and other North Atlantic Treaty Organization countries have been sending weapons, advisers and troops to Baltic states, Poland, Romania and other nations close to the hostilities at Ukraine’s border with Russia.

HCR 6006 will be considered in the Senate in the coming days.