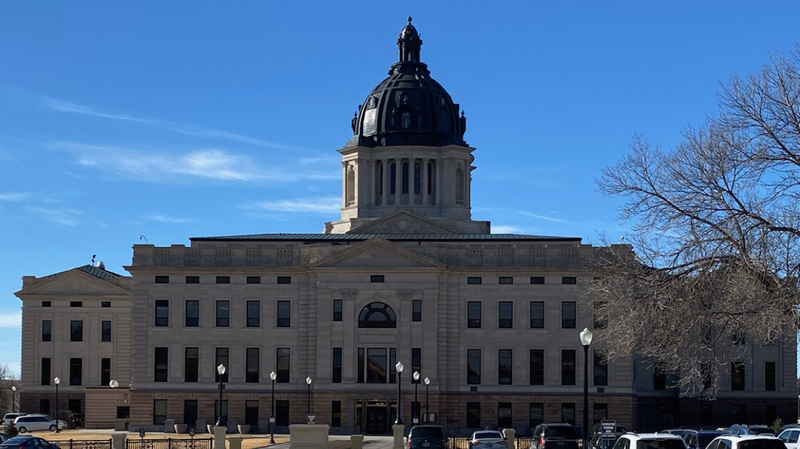 In summer blockbusters and other entertainment, the United States Armed Forces are almost always portrayed through the lens of their most elite units, such as the Navy SEALS or the Army Rangers. But while the special forces are heroes in their own right, they’re not the most irreplaceable piece on the board. That designation falls to the humble National Guard, the real backbone of America’s military.
I’ve served in the Marine Corps, the U.S. Army, and the Idaho National Guard. In my deployments to Afghanistan, I found the Guard to be the best trained of them all.

Numbering nearly 350,000 men and women, these citizen-soldiers — who when they’re not donating time to Uncle Sam are working full-time jobs, running businesses, attending college, and raising families — have carried more than their fair share of the burden. Since the launch of the Global War on Terror in 2001, 45 percent of deployed personnel have been National Guard units, with 57,000 Guardsmen located overseas as recently as December 2020. And the costs have been felt; 18.4 percent of the subsequent casualties have been Guard members.

For two decades of war, the National Guard has tried to live up to its motto of “Always Ready, Always There.” But the undeniable fact is that every American soldier sent to nation-build in Afghanistan or patrol the streets of Iraq is one less person who can protect and aid his fellow Americans back home.
Any policy that prioritizes the demands of foreign populations over that of Americans cannot be described as intelligent. Worse, any policy that prioritizes endless war, overseas imperialism, and war profiteering cannot be described as moral.

Article I, Section 8, Clause 11 of the U.S. Constitution empowers Congress (and they alone) with the power to make war on another nation. But since World War II, Congress has been content to obfuscate accountability and defer decision making to the Executive Branch, which James Madison called “the branch of power most interested in war, and most prone to it.”

That, unfortunately, has been the result. The United States currently has active-duty soldiers in a total of 150 nations across the globe. Our troops are operating in 65 of those nations engaged in counter-terrorism training missions; and in direct-fire combat operations in 14 countries. Meanwhile, seven countries are on the receiving end of drone strikes courtesy of the U.S. military. All without a declaration of war.

The closest imitations of a congressional war declaration are the Authorization for Use of Military Force (AUMFs) from 2001 and 2002, which are nothing but a blank check acquiescence to the president. There is a way, however, to strongarm an absentee Congress into reasserting its war powers, while simultaneously bringing our troops home. The answer is to “Defend the Guard.”

The brainchild of Delegate Pat McGeehan of West Virginia — who served as a U.S. Air Force intelligence officer across the Middle East — and inspired by the Principles of ’98, “Defend the Guard” is state-based legislation that would prohibit National Guard units from being deployed into active combat without a declaration of war by the U.S. Congress.

Article I, Section 8, Clause 15 of the U.S. Constitution, known as the “Militia Clause,” permits Congress to call forth the National Guard into federal service “to execute the Laws of the Union, suppress Insurrections and repel Invasions.” In 1990, the Supreme Court unanimously decided that National Guard units could be deployed overseas for training exercises without the consent of a state’s governor. The Justices wisely said nothing about active-duty combat deployments, knowing that such an action only falls under Congress’ purview to declare war.

“Defend the Guard” would not prevent the National Guard from deploying to other states to offer assistance, or participating in training missions overseas, or going into federal service for the reasons explicitly written in the U.S. Constitution. Its sole, narrowly defined purpose is to prevent the National Guard from being used in illegal wars and requiring that congressmen put their names on the dotted line before they ask our soldiers to put their boots on the ground.

For decades, the movement to restore Congressional war powers has run into roadblock after roadblock setup by the Beltway Blob. The fact is, outside of a handful of senators and congressmen — such as Rand Paul, Bernie Sanders, Mike Lee, Ro Khanna, Matt Gaetz, and Thomas Massie — very few on Capitol Hill seem to care about the Constitution or their duty to our men and women in uniform. And in the rare moment Congress musters enough votes to act, they’re easily swatted away by presidential veto.

On the other hand, “Defend the Guard” bypasses the Blob altogether by decentralizing U.S. foreign policy and taking the fight directly to state legislators. These representatives are more diverse of thought, closer to their war-weary voters, and more susceptible to grassroots lobbying. This year, “Defend the Guard” bills have already been introduced in thirteen states and will be introduced in a dozen more by the end of the 2021 legislative session. Cosponsors include both Republicans and Democrats, with endorsements as varied as Vietnam War whistleblower Daniel Ellsberg to Brigadier General John Bahnsen, one of the most decorated soldiers in U.S. military history.

The fight has already begun. Last week, a House chairman in my home district of Idaho used chicanery to block “Defend the Guard” even though it had majority support on his committee. His local party is already preparing to censure him.

Earlier this week, I was invited to testify before the relevant committee of the South Dakota House of Representatives to advocate on behalf of a “Defend the Guard” bill. Opposite me was South Dakota’s adjutant general, the commander of the State’s National Guard and occupant of a position filled by men uniquely capable of putting the demands of Washington D.C. before the needs of their home units.

The general admitted that since 9/11, the South Dakota National Guard has been deployed continuously around the world, with only a 42-day exception. His defense was that these men and women “didn’t join the South Dakota militia to only stay here.” With respect, these patriotic Americans joined to uphold and protect the U.S. Constitution with the trust and understanding that it would be followed.

The most astonishing admission from the adjunct general was his claim that, “If this was a resolution, I’d probably be okay with it.” That is because a resolution is toothless. A resolution will do nothing to pressure the federal government or impede the profits of the military-industrial complex.

That’s why “Defend the Guard” is a threat to their imperial machinations. It’s real, actionable legislation that can curtail their ability to wage endless war by stripping them of the most important resource used to fight it. It only requires a handful of the nation’s local representatives to stand up on their hindlegs and say to the War Party and its empire, “You cannot take our Guard without first following the Constitution.”

The road to restoring war powers is through the states. And “Defend the Guard” is how we’ll do it.