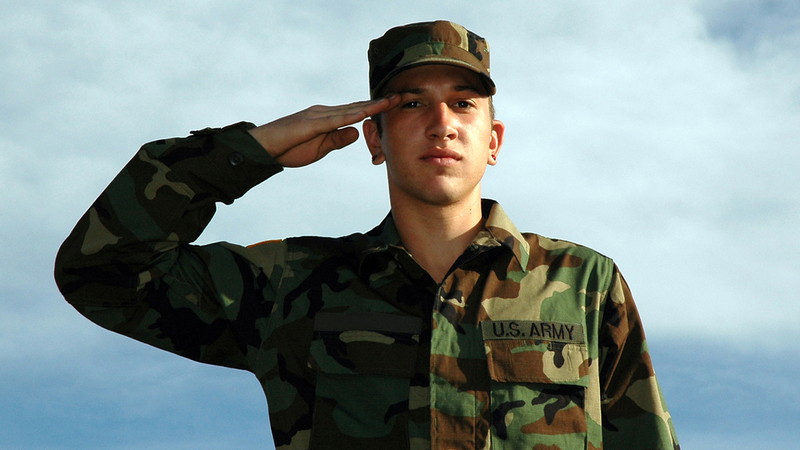 At least 31 states have legislation on the table that aims to deny the president’s authority to deploy National Guardsmen to combat zones without a declaration of war, and supporters of the effort are eager for a Supreme Court battle to define who has ultimate control of state troops.

Dan McKnight, a veteran who heads the lobbying effort for the legislation through his Bring Our Troops Home organization, argues that Congress has been asleep at the wheel in its authority to declare war, ceding its powers to the White House. He said he is not against National Guard troops seeing combat, but thinks members of Congress should not be able to duck the decision.

He’s trying to change that by tapping state lawmakers to assert authority over troop deployments, a back door into a dilemma in which the U.S. has waged decades of war without a formal declaration since the 1950s. However, experts say that a grappling match with the Pentagon about its authority over troops is an uphill battle, and the effort faces steep odds in federal court.

“We’ll go and fight any war you ask us to do,” McKnight told Military.com. “All we ask is, if we raise our hand and swear an oath, you send us to a war declared by Congress.”

The Guard makes up about 33% of the Army’s total force. Being unable to deploy Guardsmen abroad could undermine the president’s ability to wage war, in theory ratcheting up pressure to formally declare war.

State efforts to seize authority over the Guard have been a relatively obscure issue until this year. No laws have passed yet. Because of legislative schedules, most of the 31 states haven’t held votes or hearings on the proposal. McKnight believes 2022 will be the big year for the issue and is aiming to have a bill on the table in every state.

“This year, we got it introduced in 31 states. Next year, we’ll have all 50 states,” he said. “I think we’re going to get it passed in Texas, Florida, Idaho and South Dakota. Maybe even Wyoming.”

But Dwight Stirling, CEO of the Center for Law and Military Policy, told Military.com that the state bills would be toothless. Even if they’re passed, it wouldn’t matter, he said.

“The [legislation effort] reflects a misunderstanding of how the National Guard is constructed,” Stirling said. “There is nothing a governor or state legislature can do to prevent or restrict the President’s call-up authority. Any state law purporting to place caveats on the President’s authority to federalize state guard troops is null and void, representing feckless words on a piece of paper.”

McKnight ran with the idea after seeing the effort started in West Virginia, where Delegate Pat McGeehan, a Republican, has proposed the measure for the past seven years in a row. In 2019, it was defeated with a tied vote in the House.

McGeehan told Military.com he sees the issue as a vehicle to impact foreign policy, a rare topic in state legislatures.

“State legislators never really thought they could have influence over foreign policy,” he said. “If enough states follow through, you remove a lot of Pentagon power. It’s a matter of which state gets this through first.”

The issue has achieved momentum in dozens of state legislatures this year, mostly after lobbying efforts by McKnight. While it hasn’t passed yet in Texas, which has the largest National Guard contingent among the states, preventing Guardsmen from deploying to combat without a war declaration is part of the Texas Republican Party’s platform, which sets the agenda for the party in the state.

Texas state Rep. Bryan Slaton, a Republican, told Military.com the state can’t control how the entire military deploys, but is hoping to play at least a small role in forcing Congress to flex its war power.
“We can protect at least some of our citizens from deploying [to an undeclared war],” he said.

But National Guard troops ultimately fall under the president. Even if the legislation makes it into law, it would likely be outmatched by the federal government’s superseding authority to deploy troops. McGeehan said the law would “certainly” be challenged in the courts.

A hypothetical showdown between a governor and the president might be moot if troops are activated under federal orders; it’s unlikely they would be in a position to disobey the president. Since those missions are also funded by the federal government, states might not have any tools to cling to their troops.

“We pray for a Supreme Court battle,” McKnight said.

The issue hinges on overturning a 1990 Supreme Court decision in Perpich v. Department of Defense. In that case, then-Minnesota Gov. Rudy Perpich fought the federal government over activating the state’s National Guard for a training mission in Central America. He lost.

McKnight and other supporters of overturning the court’s decision argue that the ruling specified training events, not combat deployments.

An unclassified Defense Department report detailing what is known as the “Ohio Incident” shows there is precedent for governors refusing to relinquish their Guard forces to the federal government; it almost caused the Ohio National Guard to effectively be disbanded.

In the late 1980s, Ohio Gov. Richard Celeste refused to let his 16th Engineer Brigade deploy to Honduras for a roadbuilding project. The chief of the National Guard Bureau moved against Celeste, threatening to withdraw the Ohio National Guard from the state, according to the report.

There was “a real threat of losing virtually all the Ohio National Guard if he didn’t comply,” the DoD report added. California and Maine also balked at deployments, and other governors made public comments saying they would refuse to let their Guard go if asked. Celeste eventually backed down, but the 420th Engineer Brigade from Texas was deployed instead.