States’ Rights To Blockchain: The ‘Liberty Cowboy’ That Drove Wyoming To Crypto Paradise 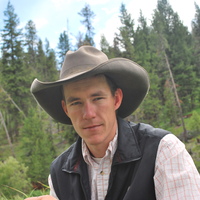 States’ Rights To Blockchain:
The ‘Liberty Cowboy’ That Drove Wyoming To Crypto Paradise

State Representative Tyler Lindholm (R-Sundance) of Wyoming’s 1st District, who led the charge in the Wyoming legislature to transform the state into a crypto paradise, is running for re-election. Described by others as a ‘Liberty Cowboy’, I asked Lindholm how come he did not want to run for office at the federal level. Lindholm replied, ‘It takes too long to get things done in Washington. Plus, I like Wyoming too much to leave it.’

Lindholm is unabashedly firm in his beliefs and unafraid to state his position, including his feelings that Wyoming can do just fine on its own. In his petition to run for re-election, Lindholm states, ‘We face economic uncertainty, a pandemic, record unemployment…In typical Wyoming fashion, we will not only meet these problems head-on, but far surpass expectations and rise above.’

Not only does Lindholm dislike the idea of leaving Wyoming for any extended period of time, he also takes exception to the federal government intruding on affairs of the state. Lindholm introduced a bill earlier this year that would prevent the Wyoming National Guard from being deployed overseas unless Congress voted on a declaration of war. He called out Representative Liz Cheney (R-WY), his own Congressman, for keeping the U.S. in endless wars but never having served in the armed forces herself. Lindholm served for five years in the U.S. Navy.

Protecting Wyoming in keeping the gold standard on blockchain laws he led the charge on is no different. When it comes to federal interference or pre-emption of state laws, Lindholm responded, ‘I will sue and take the Federal Government to court over any such law … I feel like we need to have a lobbyist up in Washington D.C. full-time just to keep big government at bay.’

Caitlin Long, who is the founder and CEO of Avanti Financial Group as well as a Senior Forbes Contributor, is well-known within the crypto industry for her dedicated work in designing the blockchain legislation in Wyoming that Lindholm championed. Except for what is designated in the U.S. Constitution and any decisions by U.S. Supreme Court that allows federal law to trump state law, Long adds, ‘…State Law is supreme in the U.S. Most people forget that the U.S. is a Republic, not a Democracy, and that the primary unit of government is the states, not the federal government.’

‘So, yes I agree with Rep. Lindholm,’ Long notes, ‘Some of the crypto legislation proposed in Congress does attempt to expand federal jurisdiction by taking away state power over property law, and if enacted it will likely be met with lawsuits from the states…’

In a nutshell, the framework developed in Wyoming provides for a special purpose national bank charter that can serve companies with AML / KYC challenges such as crypto as well as the ability to be a qualified custodian of digital assets. Wyoming law defines digital assets in three types of intangible property and was the first to provide a legal definition for a consumptive or utility token. The state offers a safe space in the form of a FinTech sandbox to help companies looking to innovate in blockchain as well as the creation of policies and procedures that make it easy for institutional investors to invest in crypto.

Long goes on to describe how ‘Wyoming’s work in this [crypto and blockchain] area is ..multi-faceted – Teton County is moving forward with its project to use a blockchain for property deeds, Wyoming is home to the first U.S.D.A.-Certified Blockchain program for tracking the age and source of cattle, and Wyoming’s competitive advantage in large data centers have attracted crypto miners to the state.’

Tex McBride, a rancher and welder in an oil field who is in Lindholm’s district, plans to vote for Lindholm. He agrees with Lindholm’s stance on blockchain and the federal government. ‘Without a doubt, I want to see Tyler and our state legislators and our governor all the way down to the county and city level, challenging the federal government on this overreach,’ McBride states.

Cheney is not the only one that has fallen into the sights of Lindholm. When I raised the issue of a new bill called the ‘EARN IT’ Act introduced by Senator Lindsey Graham (R-SC) that would break end-to-end encryption and impact the way private companies conduct their business, Lindholm commented, ‘I don’t know what Senator Graham is thinking these days.’

While Lindholm definitely provides a very strong states’ rights view around the industry, CoinCenter, a think tank on regulatory policy in Washington D.C., has expressed concern about a state-by-state approach to crypto regulation.

The idea of a national alternative has lately come from Brian Brooks, former Chief Legal Counsel at Coinbase and now at the OCC, who is re-igniting the concept of a Special Purpose National Bank Charter. Brooks stated he sees crypto as the future of banking. However, since New York won in court last October that, for now, has deeply wounded the ability of the OCC to grant this new federal charter for now.

Long further notes on this point that the states have joined together to sue the Federal government when infringing on their rights and would likely do so again, if necessary. For now, Wyoming’s safe haven as a crypto paradise is preserved and likely protected for a while with a long legal battle.

Cliff Maloney, President of Young Americans For Liberty, described Lindholm as a ‘liberty cowboy’. Maloney states, ‘Lindholm’s [has a] voting record on liberty – he is a different type of Republican who works on limiting government and voting to actually limit it, and with his stances on cryptocurrency, empowering people, and disempowering government, we view him as a one of the future leaders on liberty.’

After Maloney held a talk on decentralization, he received random messages about Tyler Lindholm, where he was described as a liberty cowboy in Wyoming. With his voting record and messaging rock-solid, Maloney notes this is reason the Young Americans For Liberty focuses on these state races and proves that he is, ‘taking liberties mainstream in Wyoming where he stands firm and stands principled.’ More information on Young Americans for Liberty can be found at www.yaliberty.org.

As McBride notes, the only aspect of Lindholm that strikes him as uncertain is how to characterize him as a politician. ‘[Lindholm] has a brilliant mind, knowing the constitutional limitations of government. He’s not a very good Republican. He is also not a Democrat. He’s a Libertarian and steps on a lot of issues and I respect the hell out of that,’ McBride declares. Lindholm is listed as a Republican member of the Wyoming House District 1.