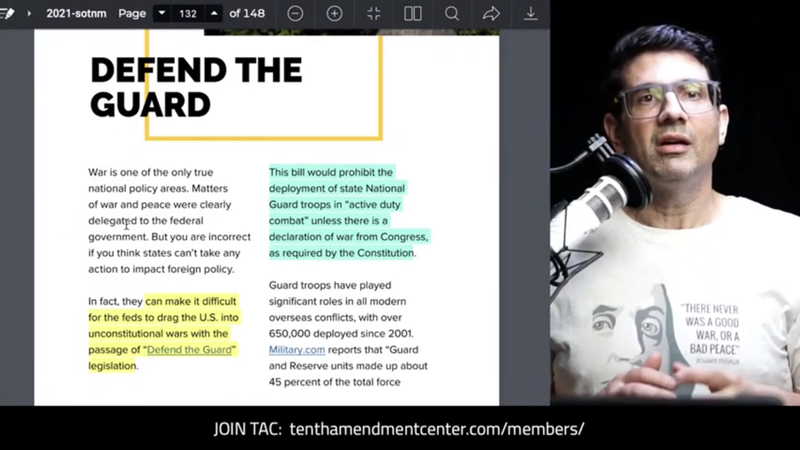 “This episode I’ve got a status report on the Defend the Guard Act, which is currently as of today been introduced in thirteen states. I believe it is absolutely the most difficult state level legislation that we’re tracking to get passed right now, but it’s also one of the most important ones.”

“The Defend the Guard Act can make it difficult for the Feds to drag the U.S. into unconstitutional wars. States can actually take an action against federal imperial policy. This bill would prohibit the deployment of state National Guard troops in active duty combat unless there was a declaration of war from Congress as required by the Constitution.”

“And of course I should mention before we head out of here, this organization Bring Our Troops Home, it is veteran-run, veteran-organized…the people doing the grassroots effort on this, state by state by state, whether it’s Utah or New Hampshire or South Carolina, we’ve seen in Texas, Kansas, and elsewhere, it’s BringOurTroopsHome.US…please check out their website, get involved in their work if you support this type of action.”