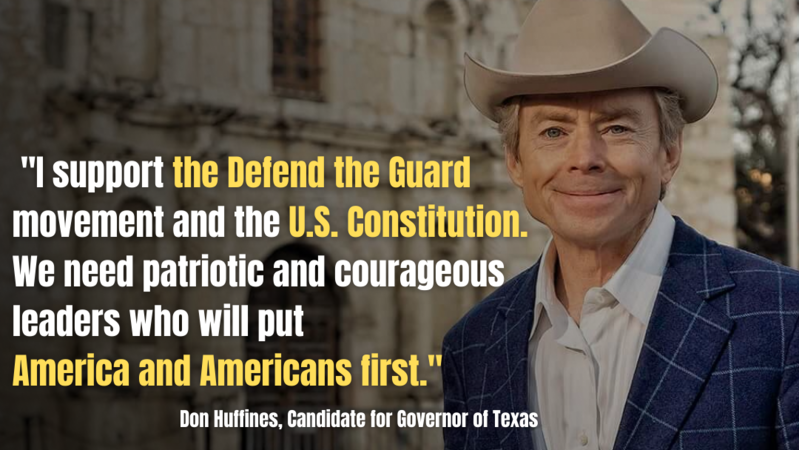 Conservative Republican Don Huffines, who served as a Texas state senator from 2015 to 2019 and is a current gubernatorial candidate for governor, has endorsed “Defend the Guard” and promised that no Texas National Guardsmen will be deployed into combat without a declaration of war if he’s elected.

You can read his entire press release here.