The Growing Discontent Within the National Guard 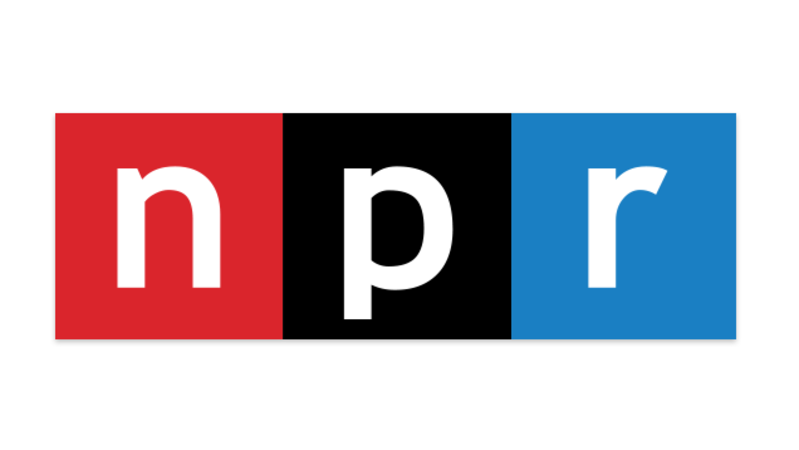 Listen to the segment here, or read the full transcript below.

(SOUNDBITE OF DROP ELECTRIC SONG, “WAKING UP TO THE FIRE”)

SALLY HERSHIPS, HOST: The Army National Guard is a part of the army. So sometimes, service members get sent overseas. But when they’re not on active federal duty, National Guard Service members are based in their home states. Traditionally, they’ve mostly responded to domestic emergencies like floods or the pandemic. And there are some great sounding perks. You can serve while you work, while you’re in school.

DARIAN WOODS, HOST: There are these tuition reimbursement programs, student loan repayments. You can even help your spouse go to school.

UNIDENTIFIED PERSON: The Army National Guard is here to assist with many education benefits available to its soldiers. Knowing how…

HERSHIPS: And it used to be when you signed up, it was kind of understood you would train and work one weekend a month, two weeks in the summer. That’s why they were often called part-time soldiers. But you know when your job description doesn’t really align with reality? That is kind of what happened here because times are changing. Just ask Dan McKnight. He served in Idaho’s National Guard for almost a decade.

HERSHIPS: On top of all of that, the pandemic – and National Guard members are even getting called on to staff nursing homes because of the labor crunch.

This is THE INDICATOR FROM PLANET MONEY. I’m Sally Herships.

WOODS: And I’m Darian Woods. There has been a lot going on that the National Guard has been brought in for – hurricanes, floods, protests, Iraq, Afghanistan. Last year, more than a third of the National Guard was on active duty. That’s the highest utilization we’ve seen since World War II, and some service members are getting fed up. Today on the show, we talked to one retired worker about a very specific kind of labor unrest – growing discontent in the National Guard.

HERSHIPS: Dan McKnight has served in the military for years.

WOODS: After September 11, Dan joined the National Guard in Idaho, his home state. During that time, Dan was sent to Afghanistan. At the time, he says he was excited.

MCKNIGHT: Every young soldier wants to do the same thing. We want to do our job. We want to fight to defend America.

HERSHIPS: According to the U.S. Constitution, National Guard troops are not supposed to be deployed overseas unless Congress declares war. But for decades now, that has not been what’s happening, and these guard members are being deployed for long stretches – months over a year, again and again.

WOODS: And there are other issues, too. Dan says when he got to Afghanistan, none of the soldiers in the army that he had to work with even wanted National Guard members like him there.

MCKNIGHT: They thought we were part-time soldiers, and so we really fell under nobody’s chain of command. We were kind of on a – out on a limb.

HERSHIPS: The problem Dan was facing is kind of a workplace problem, but it’s a really serious one. He’s already working on what you could safely call the longest overtime shift ever. Then there are all these coworkers who don’t want him there, and there’s all this confusion about who’s in charge.

WOODS: As a result, Dan says he couldn’t get a lot of the supplies he needed. The guard members he was with were down to threadbare uniforms, holes, mismatched boots, no goggles to protect their eyes.

MCKNIGHT: We had all the bullets we needed, all the helicopters and tanks and all the things like that that we needed. But basic human survival equipment was – we couldn’t get to the normal supply system because we didn’t belong to the 10th Mountain Division and we didn’t belong to the 82nd Airborne Division. We belonged to the state of Idaho, but the state of Idaho wasn’t at war with – in Afghanistan.

HERSHIPS: Yeah. There are all these laws in place that are meant to protect service members from losing their jobs while they’re away on these deployments. But there can be other problems. The pay from National Guard varies from state to state, and it can be lower than what you earn in your civilian life. So you could end up losing your home because maybe you can’t make a mortgage payment. If you’re away, it could break up your marriage because you’re gone for so long. And of course, there are also consequences that can be way more serious.

MCKNIGHT: It’s our lives on the line. We’re writing a check up to and including the value of our own life.

WOODS: A couple of years ago, after watching a friend of his struggle with substance abuse and then lose his wife after his fifth deployment, Dan got so fed up that he founded a nonprofit, Bring Our Troops Home. It’s an advocacy group which is trying to pass legislation which would require Congress to issue a formal declaration of war before National Guard members are sent into active combat.

HERSHIPS: And last month, labor unions announced they’re suing to allow National Guard members in Connecticut to organize, to join or form a labor union. You should know the lawsuit would just impact just this one particular group – soldiers on what’s called state active duty. That’s usually for short-term periods of disaster response here in the states. It doesn’t cover overseas status. But still, it is pretty clear that some guard members are unhappy. Davis Winkie is a reporter at the Army Times.

DAVIS WINKIE: They have day jobs out in the civilian world. The main difference is that they are required under law to sometimes involuntarily put everything down. Go get a shave and a fresh haircut, and report to serve their community or their country for an indefinite period of time.

WOODS: And Davis knows exactly what that’s like because, although he talked to us during his day job as a reporter, he’s also in the guard.

WINKIE: It’s my drill weekend coming up. I actually have a haircut booked for later this week.

HERSHIPS: Davis says one reason guard members are unhappy is because of the historically high rate of deployment. I called a former guard member who’s associated with the lawsuit in Connecticut, but he didn’t get back to me. But a press release from a clinic for veterans at Yale Law School, which is helping to handle the lawsuit, says guard members often work long shifts on short notice, and they’re often in dangerous situations. Like, during the pandemic, the National Guard in Connecticut worked side by side with state employees. The state employees were able to bargain over COVID-19 testing and safety precautions, but the press release says the guard members weren’t.

WOODS: But Davis says that, just like with the civilian workforce, labor issues can be complex. He says some service members have been thrilled to be so busy.

WINKIE: Say you’ve got a fairly new soldier who got back from their training a few months ago, and they’re working a job at a fast-food restaurant, for example, making close to minimum wage. If they are called to state active duty, even if it’s just for a few days, you know, their military pay is going to be a pay raise for them.

HERSHIPS: And state employment protections mean that after their deployments, they should be able to go back to their civilian jobs.

WINKIE: But say you have somebody who’s a more senior soldier. And in their civilian role, they’re a white-collar worker or somebody who’s well-compensated. You could very well lose money when you get called to state active duty.

WOODS: Davis says that his take is this – anyone who joins the guard now is doing so understanding that the possibility of all these deployments, that’s just the deal. It’s been going on for decades. It’s not likely to change anytime soon.

HERSHIPS: Yeah, not unless your state’s governor wants to throw out millions and billions of dollars in federal funding.

HERSHIPS: Dan, the retired guard member in Idaho, got injured when he was in Afghanistan, and he had to come home. He had been a partner in a mortgage firm, and the firm no longer existed when he got back. He also had to deal with some PTSD issues. His marriage broke up. There’s an argument he says he’s used to hearing about the problems that he and his friends faced while doing their jobs as soldiers. It seems like what the critics say in this situation – you know, this is what people like your friend signed up for.

MCKNIGHT: And if you want us to go fight in a war, we’re going to go. If it’s worth fighting for, it’s worth dying for. And we truly believe that if you want us to fight for this country, then do it the right way. Give us a proper declaration, and then get out of the way. Let us go complete the mission and defend America. And then let us come home.

WOODS: He’s happy to fight for battle, but he wants an end date.

HERSHIPS: But despite the fact that some of the guard members are so unhappy, the National Guard, the organization, says its retention numbers are really good. They’re exceeding their goals. The guard offers these reenlistment bonuses. And over the summer, they actually stopped offering them for a while because retention was so strong. It’s just like with any job, sometimes. Even when folks complain, they just keep on going to work.

WOODS: The show was produced by Viet Le, who is also our senior producer. It was engineered by Isaac Rodrigues. It was fact-checked by Taylor Washington. Kate Concannon is our editor. And THE INDICATOR is a production of NPR.