These Bills Would Keep the National Guard Out of Unconstitutional Wars 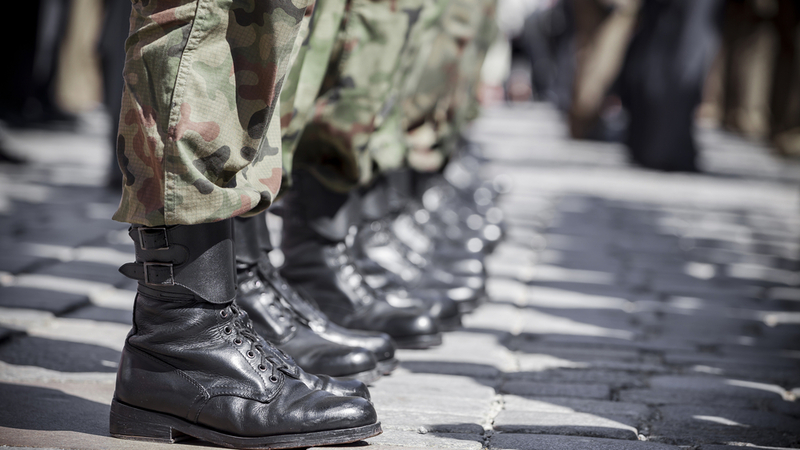 According to the Constitution, Congress has the sole power to declare war—but that hasn’t stopped presidents from sending U.S. troops to many conflicts that haven’t been congressionally authorized. Now state lawmakers across the country are introducing legislation that could challenge unconstitutional deployments.

“Defend the Guard” legislation would allow state governments to prevent their National Guard units from being deployed into conflicts abroad unless U.S. military involvement has been officially authorized by Congress through a declaration of war. “Over 45% of the soldiers deployed in the Global War on Terror have been National Guardsmen,” notes Defend the Guard, a project of BringOurTroopsHome.US. By withholding this manpower, Defend the Guard notes that states could compel the federal government to limit “its endless wars and ensure that the U.S. Constitution is followed.”

Congress last issued a declaration of war in 1942, during World War II. The U.S. military footprint abroad has ballooned in the 80 years since. Active-duty American soldiers are involved in counterterrorism training missions in 65 nations and are engaged in direct-fire combat operations in 14 of them. The U.S. conducts drone strikes in seven countries.

None of these activities have been explicitly authorized by Congress, but many have been made possible through Authorizations for Use of Military Force (AUMFs) issued in 2001 and 2002. The AUMFs give the president broad discretion “to use all necessary and appropriate force” against “nations, organizations, or persons” determined to have been involved in the September 11 attacks. The 2001 AUMF has been used to justify 41 operations in 19 countries, while the 2002 AUMF hasn’t been the sole authorization used in any military force since 2011.

Defend the Guard legislation seeks to hobble this presidential carte blanche. Lawmakers in Arizona, Idaho, Kentucky, Oklahoma, and other states have introduced bills in the past month that would keep their National Guardsmen out of unauthorized conflicts. Should these bills pass, the federal government would still be able to deploy the National Guard to other states or send them to training missions abroad, among other explicitly constitutional activities. A 1990 Supreme Court decision ruled that the federal government could deploy a state’s National Guard for peacetime training purposes without a governor’s approval.

In conflict deployments, however, Defend the Guard legislation would require that “congressmen put their names on the dotted line before they ask our soldiers to put their boots on the ground,” as BringOurTroopsHome.US founder Dan McKnight writes. The U.S. House voted last year to repeal the toothless 2002 AUMF, though rolling back the 2001 AUMF—a key justification for presidential war making—has proven much thornier in Washington. For now, the executive branch has a lot of latitude in how it conducts wars, and Congress has not reclaimed its rightful war powers.

James Madison wrote in a 1798 letter to Thomas Jefferson that the executive “is the branch of power most interested in war,” and “most prone to it.” That propensity is dangerous in combination with a Congress uninvolved in declarations of war. State lawmakers have a valuable tool at their disposal in Defend the Guard legislation, and in 2022, they may begin to wield it.