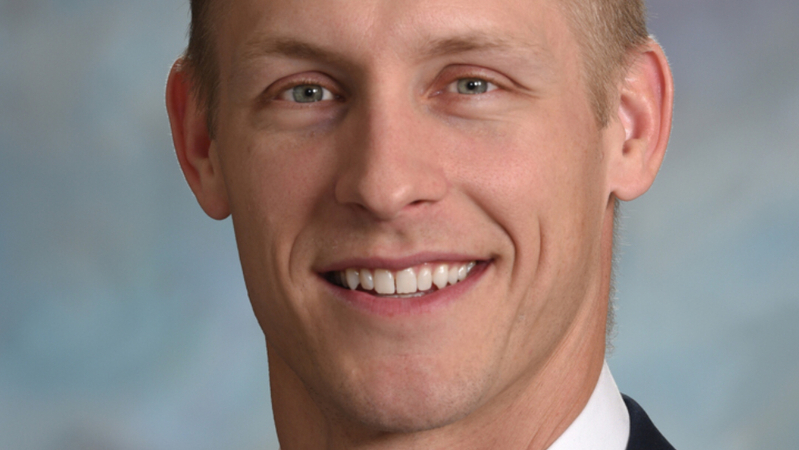 BringOurTroopsHome.US, a bipartisan nationwide group of Iraq and Afghanistan War veterans, Monday praised Rep. Aaron Aylward, R-Harrisburg, for introducing legislation that would require that South Dakota’s National Guard units could not be deployed for foreign combat operations unless Congress has first formally adopted a declaration of war as provided by the U.S. Constitution.

House Bill 1122 is scheduled for a 3pm public hearing today (Feb. 22) before the House Military and Veterans Affairs Committee.

BringOurTroopsHome.US founder and chairman Sgt. Dan McKnight of Eagle, Idaho is an Afghanistan war veteran with the Idaho Army National Guard and former member of the active duty U.S. Army and the U.S. Marine Corps Reserves.

“As veterans, we strongly support the U.S. taking strong military action when necessary to defend American lives and interests,” McKnight said. “We thank Rep. Aylward for acting to ensure that when South Dakota’s men and women in uniform are involved, it’s done the right way, the way the Constitution provides.”

“I hope to persuade Gov. Noem today — not just as South Dakota’s governor but as a nationally-recognized leader and potential candidate for President — to support this legislation and the Constitutional principle of federalism behind it,” McKnight said.

“Rep. Aylward’s bill simply says that before ordering South Dakota’s National Guard to do their job in a foreign combat zone, members of Congress should accept the responsibility of doing their job first,” he said. “South Dakota’s men and women in uniform shouldn’t be required to put their boots on the ground in foreign combat until members of Congress have the courage to put their names on the line, with a formal declaration of war as provided by the U.S. Constitution.”

McKnight urged South Dakota residents to call their state legislators in support of HB 1122, which is based on “Defend the Guard” legislation first introduced in West Virginia by state Del. Pat McGeehan, R-Hancock County, a U.S. Air Force Academy graduate who served as an intelligence officer in Afghanistan.

That legislation last year received bipartisan support, winning endorsements from both the American Civil Liberties Union of West Virginia and from a national group of Vets for Trump. Support for such legislation appears in the Texas Republican Party platform and in a resolution adopted last year by the Idaho Republican Party state central committee and by the Idaho House of Representatives.

Nothing in Aylward’s legislation would prevent Noem from mobilizing the National Guard to respond to a natural disaster or maintain civil order inside the state.

In 2019, McKnight’s group organized a bipartisan conference in Washington, D.C. of lawmakers who plan to introduce the same bill in multiple state legislatures this year. They hope to exercise the power of state governments under the Tenth Amendment of the U.S. Constitution to check and balance the power of the federal government in its use of state-based National Guard troops for long-term combat deployments.

McKnight said the legislation is just one element of the group’s effort to persuade the President and Congress to bring U.S. troops home from nearly two-decade old wars in Afghanistan, Iraq, Syria, and other Middle Eastern countries. He points to numerous public opinion polls which show a growing majority of support for the move among active duty military personnel, veterans, and the public at large.

A poll in November 2020 found that 68 percent of young Republicans, an equal share of young Democrats, and 71 percent of young Independents agree the U.S. should stay out of international conflicts and only become involved when we are forced to, Marketing Research Foundation announced.

In April 2020, Concerned Veterans for America released a poll which found that 73 percent of the 1,500 veterans and military families polled supported full and immediate withdrawal of all U.S. troops from Afghanistan.

In January 2020, YouGov released a poll finding that roughly 70 percent of all Americans surveyed supported withdrawal of U.S. troops from both Afghanistan and Iraq.

In October 2019, Rasmussen Reports found that 58 percent of likely U.S. voters and 69 percent of Republicans agreed with former President Trump’s statement that “it’s time for us to get out of these ridiculous endless wars, many of them tribal, and bring our soldiers home.”

In April 2019, Concerned Veterans for America found that 60 percent of veterans and military families supported withdrawing U.S. troops from Afghanistan – meaning support for that position grew by 13 points from April 2019 to April 2020.

Over Veterans Day in November 2018, a poll by Stars and Stripes magazine found that 84 percent of military service personnel and veterans agreed that the occupations of Afghanistan and Iraq have “been going on too long.”

McKnight said public opposition to the two-decade old wars in the Middle East is “strong and growing stronger,” and that recent events – civil unrest on both the left and the right, as well as assisting COVID-19 response – indicate that U.S. active duty and Guard troops “are needed here at home to help keep Americans safe.”

“We hope South Dakotans will join Afghanistan and Iraq war veterans and our supporters at BringOurTroopsHome.US in urging their governor and legislators to support Rep. Aylward’s bill, and urging President Biden and South Dakota’s Congressional delegation to support bringing all our troops home.”