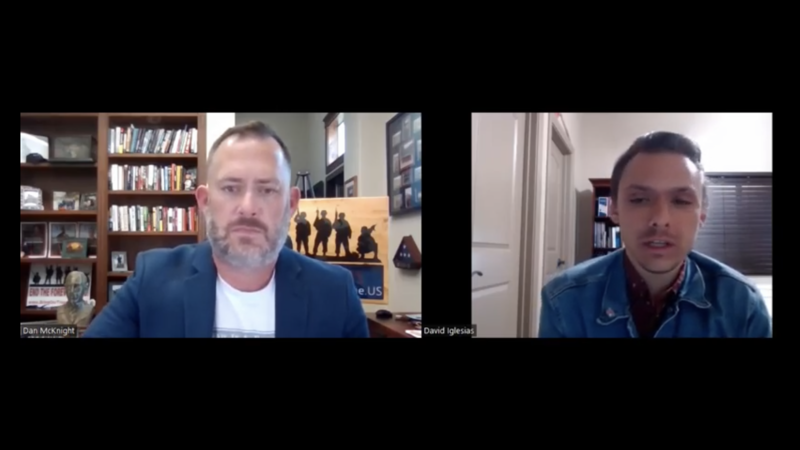 Sgt. Dan McKnight is a thirteen year veteran of the United States military, including service in the U.S. Marine Corps Reserve, U.S. Army, and Idaho National Guard. He served an eighteen month combat deployment in Afghanistan from 2005 to 2007. In 2019 he founded Bring Our Troops Home, a national organization of veterans of the Global War on Terror.

David Iglesias is host of the Unrestrained Thoughts Podcast and has led the effort to pass Defend the Guard in Utah since 2021.