Will the Populist Right Change Foreign Policy Discussions in America? 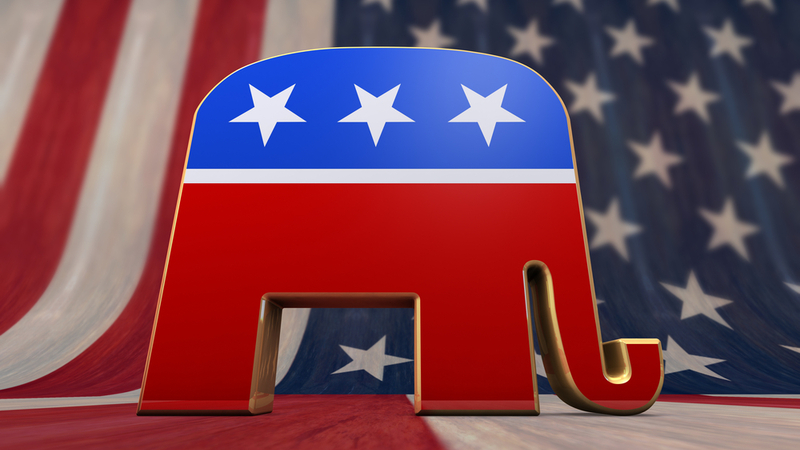 Since Donald Trump was elected in 2016, populist currents have swept across the American Right. The failed nation-building enterprises launched by the Bush administration and continued by the succeeding Obama administration sowed the seeds for a non-interventionist reaction on the Right.

Throughout modern American political history there has existed a significant anti-interventionist bloc within the Right. From the Old Right to the presidential campaigns of former Congressman Ron Paul, non-interventionism has been able to assert itself in the political arena throughout multiple times in American history.

Pat Buchanan’s presidential runs in the 1990s were the first signs of anti-interventionist sentiments being alive and well among America’s right-leaning electorate. Though any prospect of foreign policy retrenchment grinded to a halt after the 9/11 attacks created a rally round’ the flag effect that brought Americans together. At that point, Americans were primed them for a long-term occupation in Afghanistan and the subsequent invasion of Iraq.

However, once the nation-building projects went astray, a resurgence of anti-war sentiments took off. With then-Congressman Ron Paul running under the Republican banner in the 2008 and 2012 presidential cycles, non-interventionist thought re-entered mainstream political debates. While Paul’s campaigns turned out to be unsuccessful when it came down to votes, the former congress member left his mark on foreign policy discourse on the Right, which was apparent during the 2016 presidential cycle.

The presidential primaries of that election cycle witnessed the most fervent hawks Sen. Marco Rubio (R-FL) and former Florida Governor Jeb Bush get outclassed by Donald Trump during the debates. Throughout his presidential run, Trump made a series of statements that made the neoconservative gatekeepers in the Republican Party uncomfortable — from declaring that George W. Bush lied about the presence of weapons of mass destruction in Iraq to describing NATO as “obsolete.”

As for his presidency, Trump was a mixed bag on foreign policy. All things considered, his administration did little to diminish the national security state’s power. This was on display with Trump’s neoconservative hires such as Secretary of State Mike Pompeo, National Security Adviser John Bolton, and U.S. Special Representative Elliott Abrams. Moreover, defense spending always went up under Trump’s watch.

To Trump’s credit, he did not start any new wars. However, under the Biden Administration, the U.S. looks like it is sleepwalking into a military conflict with Russia over its invasion of Ukraine. The Biden administration’s imposition of sanctions and deployment of military aid are hostile actions that risk a conflagration between nuclear powers.

Post-Trump, there’s talk about a “realignment” taking place within the Republican Party. Since Trump was elected in 2016, America’s working class base has largely drifted to the Right — a secular trend across the West. In the American context, the new working-class constituency is not as gung-ho about embarking on foreign adventures as the average viewer of Sean Hannity.

At first, some Republicans of the national conservative variety started to take note of this electoral shift. talk about ending some of America’s perpetual wars. Freshman Sen. Josh Hawley (R-MO) has previously sounded off about the flaws of American foreign policy, calling for the U.S. to reconsider its “endless wars” and “metastasizing commitments.” Whatever restrained foreign policy inclinations Hawley may have had, have largely dissipated during the Russo-Ukrainian conflict when he called for increased military aid to Ukraine.

Another “populist” all-star like Sen. Tom Cotton (R-AR) is always looking for a scuffle with the likes of China, Iran, and Russia. In the last country’s case, Cotton has been vocal about arming Ukraine to the teeth in an effort to draw Russia into a military quagmire.

On legislation that dealt with a ban on Russian oil imports, 17 members of the U.S. House, which included 15 Republicans, voted against this bill. Similarly, only eight House members, all Republicans, voted against legislation that removed Russia’s “most favored nation” status in the World Trade Organization, thereby enabling the Biden administration to enact stiff tariffs against Russia. While libertarian Republicans like Thomas Massie (R-KY) no longer worry about voting alone on controversial foreign policy issues, the Republican Party remains largely on the same page as Democrats on matters concerning the warfare state.

The present configuration of the Republican Party and the way it has responded to the Russo-Ukrainian conflict showcases how thoroughly embedded pro-war sentiments are among Republican leaders. But there is some hope at the state level for populist-minded movements to score wins against the warfare state. “Defend the Guard” legislation, which is designed to prevent state National Guard units from being deployed abroad unless Congress issues a formal war declaration as outlined by the U.S. Constitution, has been introduced in states such as Idaho, Oklahoma, and West Virginia over the past two years. In the short-term, this may be the most practical step for non-interventionists to push back against the interventionist uniparty.

At a time when political inertia is the norm, pressure from below is the force that will smash the shackles of political stagnation and enable disruptive forces to shake things up in American politics. From there, policymakers will be compelled to rethink many of their positions that have greatly harmed the U.S.